Does This Sound Familiar?

I receive many letters from empaths asking for guidance on how to make sense of their life experience. It is so confusing and confounding….life for an empath is very different and there is little research or understanding to offer relief.

This letter arrived in my in-box today. The writer is just figuring out she is an empath.

I have no doubt I am an empath. I have felt, for as long as I can remember, a keen ability to experience, feel and unfortunately, suffer the emotions and vibrations of people and “other” things around me. It has only been recently, though, that I have come to realize that the majority of the physical experiences I have had are not due to a specific ailment within my body. They haven’t actually been mine alone.

For example, I have been to the hospital four times within the last month because of sudden mysterious chest pain, shortness of breath and a myriad of other inexplicable maladies. I wish I could say this was a new experience for me, I cannot, though. There is almost never any physiological explanation for my aches and pains. Add to this a multitude of psychological diagnoses, none of which have ever been quite able to pinpoint the “real”issue.

Does this sound familiar?  Doctors might diagnose her as a hypochondriac, which happens often to empaths, but that isn’t the case. An empath can be so sensitive that they actually feel someone else’s physical symptoms or emotions as their own. Do you know how confusing this is, how maddening it is to have no explanation for what is happening to you?

A pediatric nurse who works in a Colorado provides information about young patients who can’t speak for themselves. When the doctors need more information about their symptoms they ask her to stand by the patient and describe what she feels. They trust her assessment after so many follow up tests have proved she has highly developed empathic skill.  She has Mirror Touch Synesthesia, a type of perception attributed to some empaths. I have this same ability which helps in my practice as a Medical Intuitive.

Until the last few years empaths had no way to understand their unique experience. The word “empath” was associated with empathy. Empathy describes a temporary state of sympathy, understanding and compassion. Being an empath is a function of your nervous system. You can’t be an empath for just a moment.

When Psychologist Elaine Arron defined the Highly Sensitive Person in her ground breaking research, the description almost fit empaths but it didn’t capture the full experience. The unexplained illnesses that come and go in a flash, feeling another’s emotions as if they were your own, the heightened intuition that allows you to know more than you should about others—that’s an empath.

Judith Orloff’s book, The Empath’s Survival Guide changed the world for empaths. Orloff gives a comprehensive overview of the empath’s profile and estimates that at least 12-20% of the population are empaths. WOW, that means you and I are not so different! There are a lot of empaths in this world who don’t know they are empaths! They just know they are different and are quietly struggling to maintain a “normal” life when their experience is far from normal.

Empaths have a lot to offer. They are in touch with the more subtle realms of consciousness and can develop highly skilled telepathic, intuitive, psychic, and creative abilities that are valuable to the rest of the world. They can turn their sensitive receivers towards the spiritual, the scientific, and the arts and bring a subtle, rich, viewpoint that others might overlook. 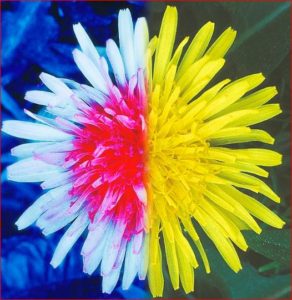 This photo of a plant as seen from the perspective of a bee illustrates the variance in perception that can exist among species and also among humans. The left side is what a bee sees and the right side is what a human sees. They are completely different. I compare this to how empaths perceive the world. What bees see and what you see are very different. They see and feel what is behind the surface, they know the hidden worlds beyond the normal accepted range of perception.

Science is now confirming what mystics and sages have always known—there is so much more to the world than the mind and physical senses can know. The subtle intuitive senses reveal a world where Oneness and Wholeness exist. Empaths are in touch with this realm. When empaths experience another’s feelings, pain or happiness as their own they are living proof that Oneness exists.  They can translate frequency into words, images, art and music just as telescopes translate the radio frequencies of distant galaxies into images of stars and planets. I believe empaths will help us understand the frequencies of consciousness that were once the realm of only mystics and sages.

If this sounds familiar to you, then you are probably an empath. 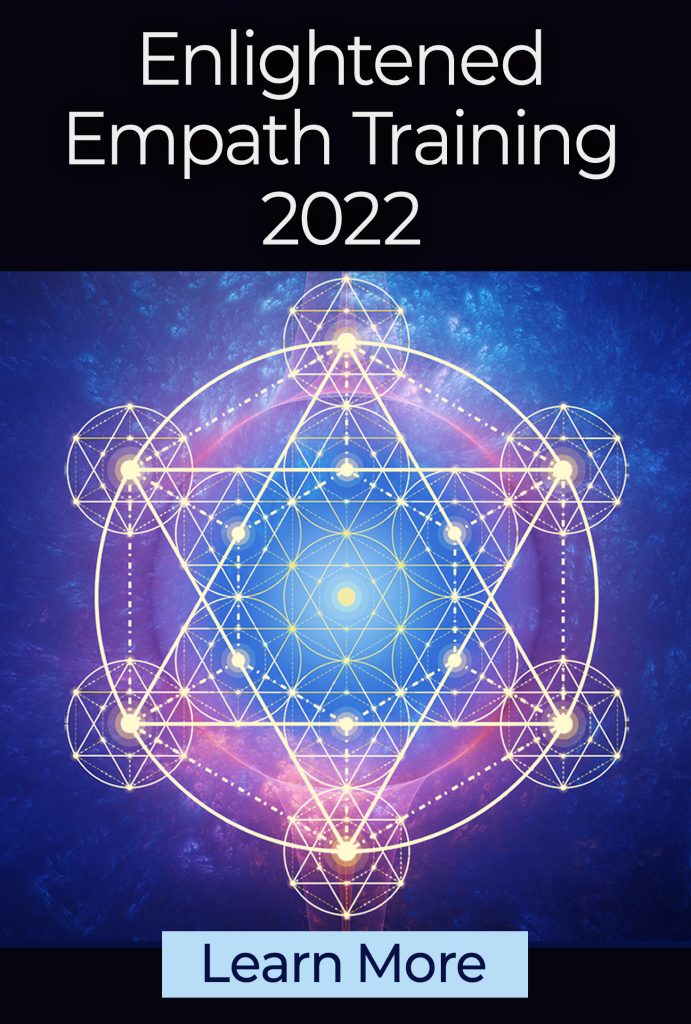