In temple tradition, the sites are designed to mirror specific heavenly bodies, what is referred to as sky-ground dualism. The Waitaha narrative elegantly describes this purpose, with understatement: “Only when star and stone are held together in one hand is the mind truly at one with the beginning and the end of the Tai Atea [Cosmos]. Only then do we know the oneness of the Universe and walk the deep trails of wisdom where everything is possible. For the Mind Song is without end; it joins with the ancestors to know the completeness of the circle of the dream.”  After the passage of two to four thousand years, however, the Earth’s axial rotation—its precession—has changed the planet’s position relative to the background stars to which the temple was originally aligned. When this sky-ground relationship is broken, the temple ceases to mirror the sky and becomes nothing more than a beautiful enterprise, even if its sanctity remains forever.  From “The Missing Lands: Uncovering Earth’s Pre-flood Civilization” by Freddy Silva

I was stunned when I read this passage from Freddy Silva’s new book, The Missing Lands, Uncovering Earth’s Pre-flood Civilization. What he describes as elegant and understated is so deeply mystical and so easily overlooked. It is the answer to every seeker’s quest. It solves the mystery of the unlimited in limited form.

Temple tradition is more vast than you might realize. Humans can build and designate any building as a temple. But what has to occur to invest it with the sacred? This question intrigues me on many levels and Silva points to a poignant fact. The sacred has to do with Earth/Heaven alignments. Normally we think of Earth and Heaven as below and above. But there is also the earth and heaven within us, and I believe this beautiful quote is pointing to the soul’s journey to unite the physical and metaphysical.

The mind/body split can be compared to the sky-ground relationship referred to by Silva. When the mind and body are split, the temple (us) ceases to mirror the sky and becomes nothing more than a beautiful enterprise. Doesn’t that describe the materialistic culture that pervades humanity at this time?

Grounding Heaven to Earth and Earth to Heaven

We are not used to thinking of our body as a reflection of the heavens. We each have our own star shining in the heavens.  It is the radiance of our expanded consciousness, the Oneness of our being and the source of our individuality. We are members of a long stream of living energy that begins with light and vibration and continues in the completeness of the circle of the dream.

When we connect to Mother Earth through our felt sense and our humble submission to the greatness of our being, we are lead through a series of ascension gateways to the eternal, the Mind Song without end. Mother Earth is not just the physical earth, she is the consciousness of the Great Feminine, the Holy Mother, Mother Kundalini, –who could be a more loving guide and mentor? She guides us to the reuniting of star and stone held together in one hand. This is the deeper practice of grounding, the true recognition of settling ourselves into the ground of being, into the original womb of the Mother. When her love courses through us, rising through our chakras and central light axis, from earth to heaven, we mirror the sky within out own hearts and become sacred.

The galactic interaction with between earth and heaven has created sacred sites throughout our planet. Temples can be man-made, naturally aggregating from the earth as caves, rock formations, mountains, lakes, streams, or forests where sacred energies predominate and impress physical forms. Temples are then anointed by starlight. When the radiant light of a star meets love in the earth, a temple is activated.

Sacred sites may also become activated when the consciousness of an ascended master designates the site as a transmitter of specific ascension energies. Just as a master knows how to perpetuate the radiance of the soul through brining heaven and earth together in one powerful site, you have the same ability to activate your body as a sacred site. Your body is a sacred site and when you hold stone and star together in one hand, bring heaven and earth into Oneness within you, you will embrace your self as sacred. You too are the temple of the sky-ground dualism.

Your Body as A Sacred Site, 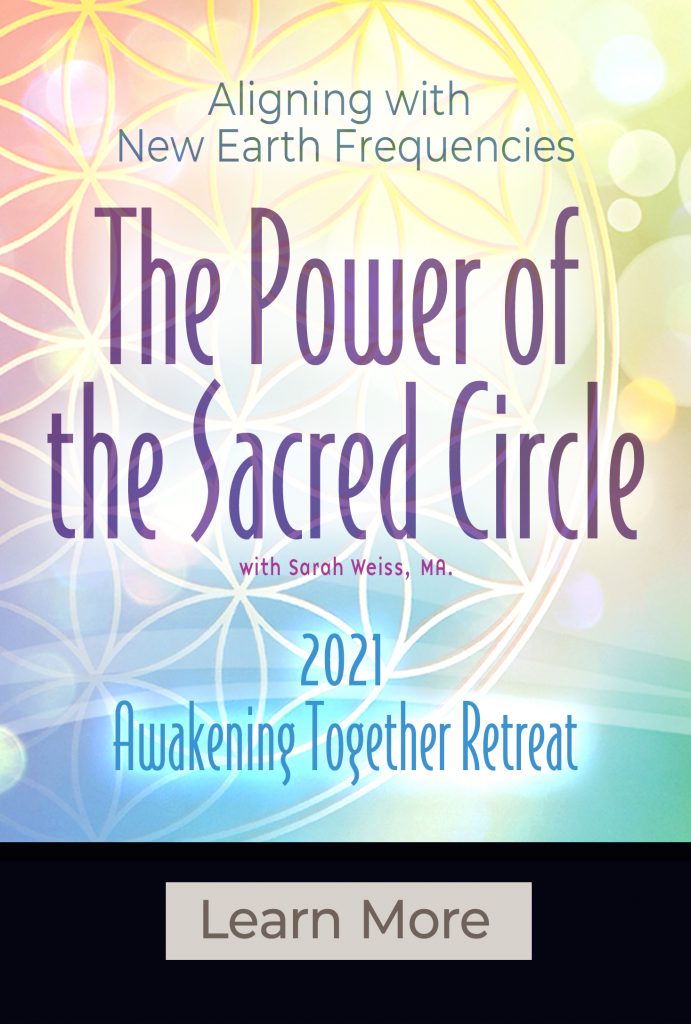